Thank you to everybody who participated. Come back next week to celebrate our 2021 CGI Hero!

Even when times are challenging, we see people step up to do their part. Here at CGI® Impact Windows & Doors, we're recognizing those who go above and beyond in their local communities.

The nominations for CGI heroes from across Florida are in, and we've awarded $1,000 to four regional finalists. Now, we need your help to pick one grand prize winner to receive an additional $5,000. 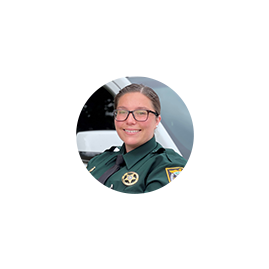 We’re so excited to congratulate our CGI® Hero, Tori Mason, a school resource officer from Niceville. Among her many community efforts, Tori launched a fundraising campaign to turn a family's lights back on in time for Christmas for a child she met at her school.

"God gave me a gift. And if I don't use that gift to help others, I don't deserve to have it."

A big congratulations to our CGI® Hero, Janet Woods, a volunteer and quilter from Fort Lauderdale. Janet has been making quilts for the families of fallen officers in conjunction with the 9463 Foundation for close to 10 years. She also made more than 9,300 masks since the beginning of the pandemic, donating them to police and fire agencies, hospitals, and others all over the country. 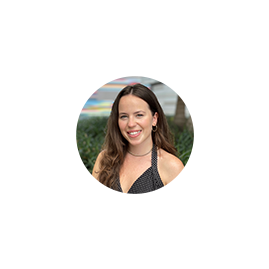 "I love fighting fires and providing medical services... but really, mentoring and influencing is what I love to do."

Today we’re happy to congratulate our CGI® Hero, Drew Rogers, a Marion County firefighter. A 20-year veteran of MCFR, Drew takes pride in mentoring high school seniors, fulfilling a dream of helping others in similar situations to his entering adulthood. He also led efforts to secure funding for the Everyone Goes Home Fitness Center, aimed at improving trainees' physical and mental fitness.

"What motivates me is hearing of deaths that could have been prevented... it happens all the time and that just breaks my heart. It keeps me pushing to make sure we have these changes and we're saving more kids' lives."

We’re thrilled to congratulate our last CGI® Hero, Bethany Keime, a Heart Warrior from Miami. Bethany created the HeartCharged nonprofit and Instagram account to build awareness of hypertrophic cardiomyopathy, the leading killer of student-athletes. She puts on community heart screenings, teaches CPR and how to use an external defibrillator, and she’s even helping to change the law. 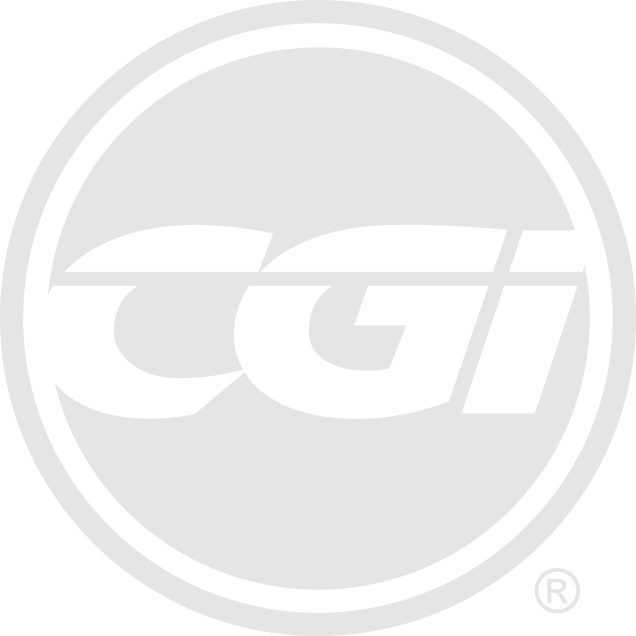 Thank you to everybody who participated.

Come back next week to celebrate our 2021 CGI Hero!

NO PURCHASE NECESSARY AND PURCHASE OF CGI PRODUCTS WILL NOT ENHANCE OR IMPACT THE CRITERIA FOR SELECTION.

Call 305-542-8855 for questions regarding the Contest or these Official Rules.

May 20, 2021: In addition to the language set forth on the voting webpage on May 17, 2021, each person voting is only entitled to one vote. This is how the Contest was originally established and how it continues to operate.

CGI Heroes: Celebrating Strength Contest (the “Contest”) is brought to you by CGI Impact Resistant Windows & Doors (the “Sponsor”), and is governed by these official rules for the Contest (“Official Rules”). To enter, you (“you” or “Nominator”) must be 21 years of age or older at the start of the Contest Entry Period (as defined below), and the nominated Hero (as defined below) must be 21 years or older and a resident of Florida in the United States of America at the start of the Contest Entry Period. All Entries become the exclusive property of Sponsor as set forth below and are governed by the CGI Privacy Policy located at https://cgiwindows.com/privacy-policy/. The Contest is void where prohibited by applicable law. The Contest is subject to all applicable federal, state, and local laws. Entrants are responsible for understanding and adhering to these Official Rules. Sponsor reserves the right, at any time, to verify eligibility requirements, in any manner it deems appropriate. Employees of the Sponsor and its parent company (PGT Innovations, Inc. (“PGT”)) as well as anyone affiliated with them (PGT subsidiaries, affiliates, dealers and their advertising agencies) and members of the immediate family of any such persons are not eligible to participate and win.  The term “immediate family” includes spouses, siblings, parents, children, grandparents, and grandchildren, whether as “in-laws,” or by current or past marriage(s), remarriage(s), adoption, co-habitation or other family extension, and any other persons residing at the same household whether or not related.

The Contest will run on the following dates:

These times will be referred to as the “Contest Entry Period.”

The Nominator can enter by filling out the nomination form (an “Entry”) at https://cgiwindows.com/heroes and submitting the Entry to https://cgiwindows.com/heroes, and nominating a neighbor/friend/colleague/relative who is both 21 years or older and a resident of Florida in the United States of America at the start of the Contest Entry Period, and who went above and beyond to help others during these challenging times. Examples of such individuals include someone who tutored children, distributed food at a pantry, worked long hours at a hospital, among others.

Entries must meet the following requirements: Entry cannot be sexually explicit or suggestive, unnecessarily violent or derogatory of any ethnic, racial, gender, religious, professional or age group, profane or pornographic, or contain nudity; Entry cannot promote alcohol, illegal drugs, tobacco, firearms/weapons (or the use of any of the foregoing), any activities that may appear unsafe or dangerous, or any particular political agenda or message; Entry cannot be obscene or offensive, endorse any form of hate or hate group; Entry cannot defame, misrepresent or contain disparaging remarks about Sponsor or its products, or other people, products or companies; Entry cannot contain trademarks, logos or trade dress owned by others or advertise or promote any brand or product of any kind, without permission, or contain any personal identification, such as license plate numbers, personal names, e-mail addresses or street addresses; Entry cannot contain copyrighted materials owned by others (including photographs, sculptures, paintings and other works of art or images published on or in websites, television, movies or other media or musical “samples”) without permission; Entry cannot contain materials embodying the names, likenesses, photographs, or other indicia identifying any person, living or dead, other than the Nominator and the Hero, without permission; Entry cannot communicate messages or images inconsistent with the positive images and/or goodwill to which Sponsor wishes to associate; and Entry cannot depict, and cannot itself, be in violation of any law.

BY SUBMITTING AN ENTRY, NOMINATOR ACKNOWLEDGES AND AGREES THAT HIS/HER ENTRY MAY BE SHARED, LIKED, COMMENTED ON, OR OTHERWISE INTERACTED WITH ON SPONSOR’S SOCIAL MEDIA OR OTHER INTERNET PAGES, WEBSITES AND OTHER ADVERTISING MATERIAL AT SPONSOR’S SOLE DISCRETION.  Nominator agrees and warrants that Nominator has the right to provide any information or content, including related to the Hero, in the Entry to Sponsor. Sponsor reserves the right to, and may or may not, monitor and screen Entries prior to posting them to the Sponsor’s social media or other internet pages, websites or advertising material. By entering, you acknowledge that Sponsor has no obligation to use or post any Entry you submit.  Submission of an Entry grants Sponsor and its agents, and Nominator hereby grants Sponsor and its agents an unlimited, worldwide, perpetual and irrevocable license and right to publish, reproduce, use, publicly perform, publicly display, and prepare derivative works of the Entry in any way, in any and all media, without limitation, and without consideration to the Nominator. Nominator acknowledges that the Contest is administered by Sponsor and not Facebook, LinkedIn, Twitter, or Instagram and the Contest is in no way sponsored, endorsed, administered by or associated with Facebook, LinkedIn, Twitter, Instagram or any other social media platform, and agrees to release Facebook, LinkedIn, Twitter, and Instagram from any liability related to the Contest.

The Winners will be required to sign a consent form stating that they agree to be featured in the Sponsor’s promotional campaign, which will include publicity on the Sponsor’s landing page, promotional videos, social media channels and in local mass media outlets.

Prizes are subject to 1099 reporting and Sponsor requires each Winner to submit a W-9 before the prize is awarded.

Winners must accept the prize as specified by Sponsor and on dates designated by Sponsor, or the prize will be forfeited. A prize cannot be assigned, transferred, or substituted except by Sponsor who may, at its sole discretion, substitute any prize with one of comparable value if the advertised prize becomes unavailable for any reason. If a Winner will not consent to be featured in Sponsor’s promotions, does not agree to CGI’s privacy policy set forth at https://cgiwindows.com/privacy-policy/, or will not submit a W-9 to Sponsor, then Winner will not be eligible for the prize and instead Sponsor, at its sole option and in its sole discretion, may select a substitute Winner pursuant to Section 3 above, or decide not to award a prize.

Nominator agrees (a) to these Official Rules and the decisions of Sponsor which are final and binding, (b) that Sponsor, its parent, subsidiary and affiliated companies, advertising and promotion agencies, and all of their officers, directors, franchisees, employees, representatives and agents will have no liability whatsoever for, are released and shall be held harmless by Nominator against any liability for any injuries, losses or damages of any kind to persons, including death, or property resulting in whole or in part, directly or indirectly, from acceptance, possession, misuse or use of any prize or participation in this Contest, and (c) except where legally prohibited, Winner grants (and agrees to confirm that grant in writing) permission to Sponsor, and those acting under Sponsor’s authority, the right to the use, reproduce, and display his/her name, photograph, likeness, voice, image and biographical information and statements for advertising, trade, publicity and promotional purposes without additional compensation, in all media now known or hereafter discovered, worldwide and on the Internet and World Wide Web, without notice, review or approval.

Neither Sponsor nor its agencies are responsible for  late, incomplete, or incorrect Entries; a Nominator’s or Hero’s failure to receive prize notices due to such person’s spam, junk e-mail, or other security settings or for Nominator’s or Hero’s provision of incorrect or otherwise non-functioning contact information;  not receiving or the failure to receive Entries, no matter what the reason even if known in advance or other errors of any kind whether human, mechanical, electronic or network, or the incorrect or inaccurate capture of entry or the failure to capture any such information. Persons who tamper with any aspect of the Contest, as solely determined by the Sponsor, will be disqualified. Any use of robotic, automatic, macro, programmed or like entry methods will void all such entries and disqualify any entrant using such methods. Should any portion of the Contest be, in Sponsor’s sole opinion, compromised by virus, worms, bugs, non-authorized human intervention, technical failures or other causes which, in the sole opinion of the Sponsor, corrupt or impair the administration, security, fairness or proper play, or submission of entries, Sponsor reserves the right at its sole discretion to suspend, modify or terminate the Contest. In case of dispute, the authorized subscriber of the email account used to enter the Contest at the actual time of entry will be deemed to be the Nominator and must comply with these Official Rules.

The Sponsor is CGI Impact Resistant Windows & Doors, located at 3780 W. 104 Street, Hialeah, FL 33018. Do not send correspondence to this address.